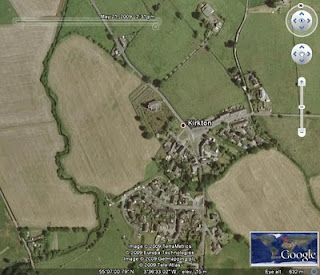 Kirkmahoe News has sent you an e-card to wish you all a Happy Easter!

Copy and paste the following link into your browsers address line: 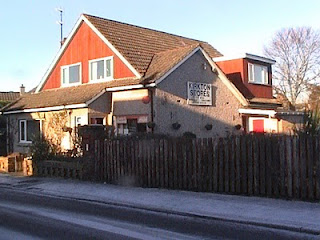 At around 1.30 am on Monday 22nd March 2010, Heather and Sandy were wakened by their dog Murphy's barking. Upon investigation they discovered that someone had broken a window and attempted to break in to their property. Fortunately this attempt was thwarted by the noise from little Murphy. Heather and Sandy are fine, and nothing was stolen.

Heather wishes to warn everyone to be on the alert, and make sure that their cars and property are secure from now onwards.

PLEASE CHECK THAT EVERYTHING IS LOCKED SECURELY AT NIGHT!
IF YOU SEE OR HEAR ANYTHING SUSPICIOUS, CALL THE POLICE.
(become a follower of this blog and you will be notified of all new postings)
Posted by Kirkmahoe News at 13:12 No comments:

Bookings being taken for garage/garden sale in Kirkton on Sunday April 11th, 2pm -5pm. on lines of successful event run for many years in Moffat. Table sites (and tables) available for people from outside the village. Cost £6 (£10 if you need a table), To book your garden or table and get a place on the map, please contact Janice on 710570
Posted by Kirkmahoe News at 11:05 No comments:


Posted by Kirkmahoe News at 23:02 No comments:

Do you sing or play an instrument? Would you like to be involved in making music with others in Kirkmahoe?

If so, please come to a meeting in Dalswinton Village Hall at 7.30 p.m. on Tuesday, 23rd March.

Bring ideas and let’s see if we can get something started. Don’t be shy. This is intended for absolutely everyone regardless of experience!

Minutes of the Kirkmahoe Community Council Meeting of the 17th February, in Kirkton Village Hall.

2 – Minutes of the last meeting
The minutes were approved by JM and seconded by JY.

3 – Matters arising from the minutes

3.1 – The Council is looking into the matter of the ditch behind Willow Cottage. Noted that there is water damage to the masonry under the culvert.

4.2 – KCC has received acknowledgements for its requests for support for the 2010 Gala and the 2011 Senior Citizens’ Social events.

4.3 – KCC Constitution – it appears that KCC may not have formally prepared and adopted a Constitution. D & G Council says that the last valid document was that applying before the split from Locharbriggs. Normally, the grants would be withheld until this omission Is rectified, but there is to be a general revision of all Constitutions commencing this year, so we have been told to do nothing, bar approve and send in the financial constraints form.
They await our formal acceptance of the financial constraints requirement. This was mentioned briefly in the last Minutes, but the situation needs to be formalised. Accordingly, the Treasurer made the following specific proposal and request that this be recorded in the minutes of this Meeting as a permanent record until KCC has adopted a new Constitution:

“It was agreed that there should be a minimum of two authorised signatories who are not connected. The definition of the Charities and Trustee Investment (Scotland) Act 2005 for “connected” was read out to all concerned.
Once signed, this document will be sent to Dumfries & Galloway Council and then our applications for grant assistance for events will be considered formally.
4.4 – Senior Citizens’ Social event, 2010. Some 42 people attended a lively and entertaining evening in Kirkton Village Hall. The total expenditure was £370. Dumfries & Galloway Council grant was £250, raffle brought in £41. The cash cost to KCC was £79 which was money well spent. £200 was donated in the form of liquid refreshments and Raffle prizes. KCC is most grateful for these donations.

4.5 – Airtricity Grant. KCC still awaits a detailed, costed proposal of £2,000 for further work to Kirkton Village Hall. Until this work is identified in the form of a costed quotation, it will not be possible to access the funds.

4.6 – Data Control Registration. KCC is registered with the Information Commissioner’s Office. The annual renewal fee of £35 will be collected in March.
4.7 – KCC to have relevant insurance for all events.

5 – Remuneration for Minutes Secretary. It was proposed by JM and seconded by JY that the honorarium paid to the Clerk to the Committee be increased to £350 p a.

6 – PA System. Two quotes were obtained, £602 and £352. It was decided to buy the cheaper one. JC informed the meeting that Auldgirth CC are buying a large sound system, which KCC could hire if needed. The KCC sound system is to be stored with Peter Landale at Dalswinton House and can be booked by members of the community only.

7.1 – Meeting with David Gurney attended by David Howdle, NM, JY, JM,. It proved to be a successful meeting with good rapport. NM received some leaflets with useful information. These were circulated to the committee. David Howdle, NM and JY in process of completing planning document which KCC can use. DH has written a piece for Grapevine.

8.1– Christmas tree lights – NM to have a meeting with Callum Edgar, on 18th February in order to discuss how to potentially install a safe and technically competent power supply to facilitate electricity for decorative Christmas lights in the trees on the green. If this work is done now when the new lamp posts are being put up, it would be to KCC’s advantage.

8.2 – Telephone Box – there will be an article by NM, in Grapevine re the telephone box.

8.3 – The Village Green is becoming very unsightly as people are driving over and parking on the grass. KCC (NM) will look into obtaining a grant for improving the centre of the village.

Sunday 11th April, 2pm – Spring Clean in Kirkton. This is a new and exciting event for residents and non-residents. Registrations by 21st March if booking a table. Advertisement re Spring Clean and the Car Boot Sale in Grapevine. Tea and coffee will be served in the hall.

Sunday, 13th June, Gala with Lottery and Grand Prize Draw where the first prize is a weekend away. Tickets (3000) will be available in April. Prizes to be decided by 9th March (next Events Subcommittee meeting). Need more attractions to encourage more people to attend.

11 – Kirkton Blog – Jill Corlett of Meadowbank is willing to take on responsibility for setting up and running the blog, which is a cost effective way to inform many re community matters. A blog is free whereas a website is costly. Jill is also willing to edit the information, which is put on the blog. The address of the blog is

(LMcG) The Council have put through a budget to reduce Council costs by £5.5M this year. There will be an increase in kinship care allowances, a freeze on Council Tax, more money for the upkeep of roads and a disable persons badge is to cost £20 for 3 years. Next year the savings are to be £12M, thereafter £20M.

One of the damaged floodbanks near Carnsalloch has been repaired. The other is waiting to be repaired after talks with the landowner.

Flooding in the area needs to be looked at by KCC, focussing on The Whitesands which the Council needs to take responsibility for.

Winter Maintenance Revue – the way the roads are cleared in winter needs to be rewritten. It is important that it goes to public comment. A report needs to be written.

13 – Police Report – Nothing of significance to report.

– (HJ) The L-shaped workshops at Carnsalloch are to be demolished and a new 11/2 storey house is to be built instead. There is no reason to object, but at the same time KCC do not want over development in the grounds of a listed building.

15 – Correspondence – Nothing of significance to report.