Councils raised almost £20million from fines for littering as they handed out penalties at the rate of nine every hour.
New figures show councils across the UK issued 477,957 fixed-penalty notices for littering since 2010.
Fines for dropping rubbish soared dramatically as they are used a cash cow for councils hit by dramatic cuts.
A Freedom of Information request found there were 48,000 fines issued across the country in 2010 – compared to 115,000 last year.
Councils more than doubled their annual income from £2.1mililon in 2010 to £4.9million in 2015.
Penalties set by councils for offenders range from £50 to £80 – but the Department for Communities and Local Government is expected to recommend a higher figure of £150 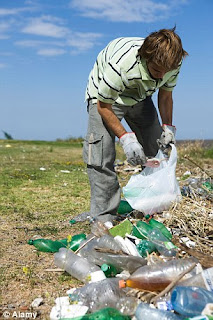 The minimum fine is set to double from £50 to £100.
Between January 1, 2010 and December 31, 2015, councils raised £19,806, 949, according to the Sunday Times (must keep).
Figures do not reveal how many notices were unpaid and how many were appealed.
The total number of fines and the sum collected across the UK is likely to be considerably higher.
Of the 434 local authorities approached, only 229 provided comparable data.
The London borough of Enfield earned £1.5m from fines over the period, the most of any council and 150 times the national average of £10,000.
It was among four London boroughs in the top five. Maidstone in Kent had the second highest income from fines.
Share
Councils claimed the money raised from fines did not cover the cost of cleaning up the streets.
They have said they are not trying to make money, but encourage locals not to drop litter and keep the streets cleaner.
In Enfield the litter enforcement teams were nicknamed ‘the Black Watch’ when they began.
Retired estate agent Nigel King told the newspaper: ‘We would do well to copy Singapore. There, people know they will be treated harshly for dropping litter and it is very clean as a result.’
Daniel Anderson, Enfield council’s cabinet member for environment said: ‘We make no apology for targeting those who drop litter, adopting a zero tolerance approach.' 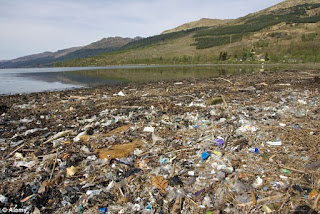