The farm will welcome visitors from 10am till noon.  The idea is to introduce people, especially children to where their food comes from and to let them see what sort of jobs happen on a farm.

click here
Posted by Kirkmahoe News at 10:03 No comments: 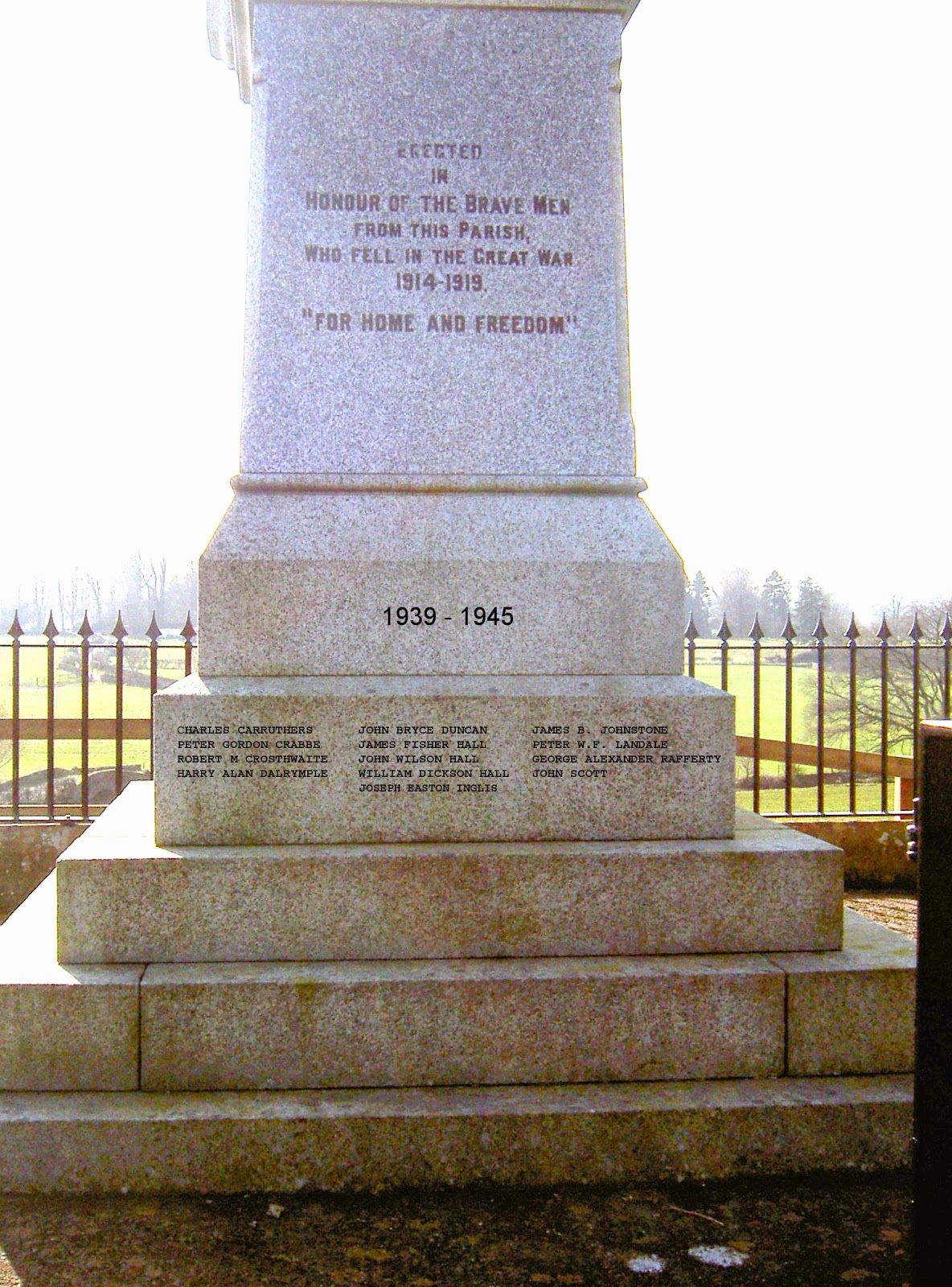 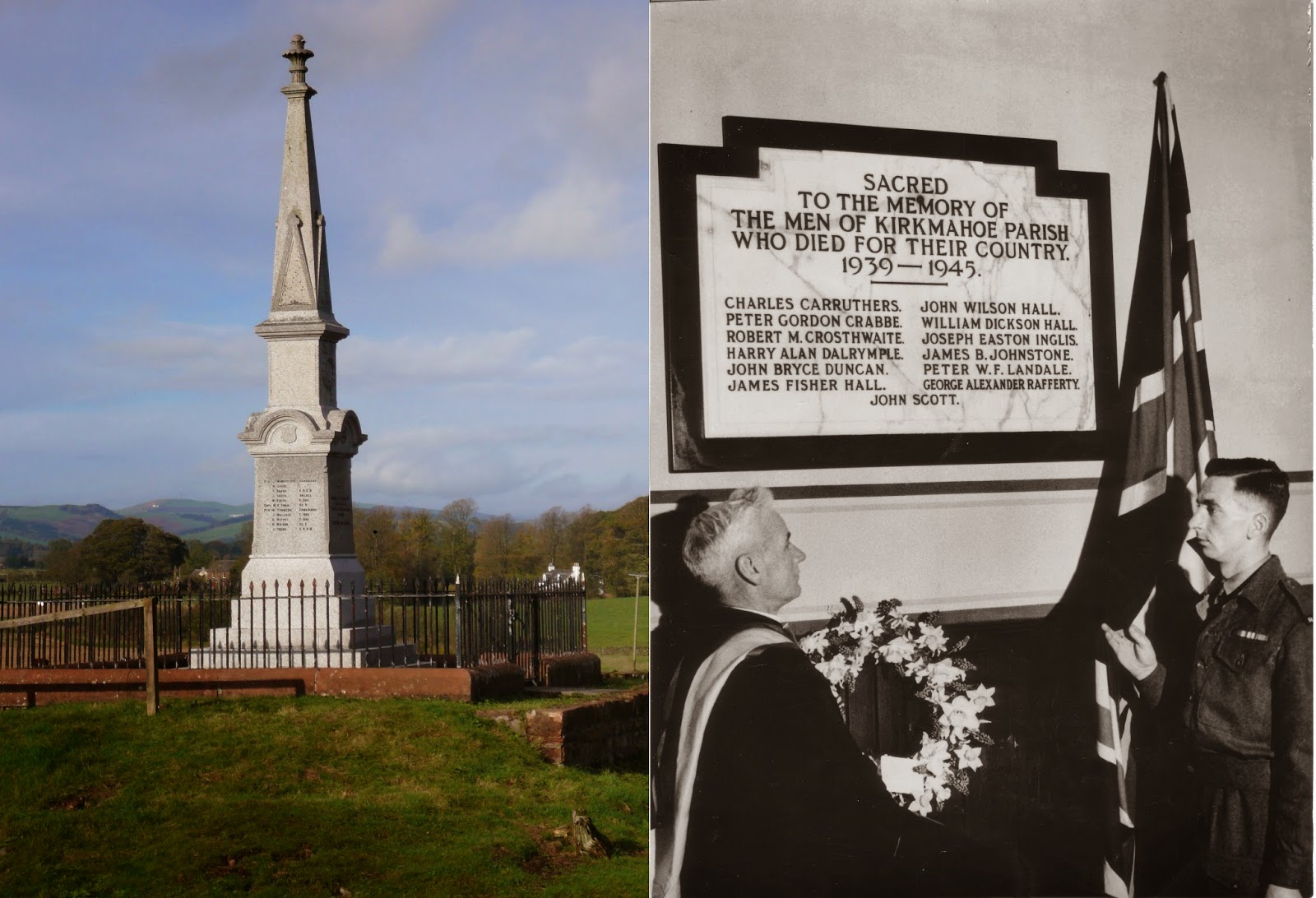 Before I proceed to describe the plans of the Kirkmahoe Heritage Group I must stress that the handsome Memorial Tablet in the Church will remain THE World War Two Memorial for Kirkmahoe for the foreseeable future. However, we have taken advice from Paul Goodwin, an expert on Scottish War Memorials, who said that some parishes have for various reasons installed more than one memorial for the same war. He also said that, if we decide to do something new, we must circulate our intentions to interested parties and to the community. Families have been consulted, a preliminary notice was inserted in the  Grapevine it has been announced at the last two Heritage Group meetings and the Kirk Session has been informed. In addition Gordon Bisset consulted D&G Council's Planning Department. The scheme has met with general approval.
Local monumental sculptor, Edward Layden, was taken to visit the World War One site in Kirkmahoe by Gordon Bisset. Mr Layden came up with a neat solution, which is depicted on the attachments accompanying this email and explained in the notes below.

We ask you to let us know if you have any objections or any improvements to the scheme.
We must add that the recent programme of renovation and enhancement of the World War One site, masterminded by Gordon Bisset, and the planting of swathes of daffodils has created a most attractive site. Gordon is currently busy planting poppy seed.
Ours is probably the last generation which has sufficient interest in conducting a scheme of this nature. In looking to the future we have to take into account that churches are closing and, if this should happen in Kirkmahoe, there is no saying what would happen to the Memorial in the Church. Many such Memorials have been placed at risk throughout the country.
The Heritage Group has been trying to build up some funds towards the cost of the scheme to apply the new wording (but excluding pointing which is also required). It has been estimated by Edward Layden at costing about £1,200, including VAT. A second quotation from Aubrey E. Jones came in at £1,575. We ask you to give consideration to contributing at least half of the sum required from Windfarm Grant money for what we consider to be an important community project. We appreciate that we shall have to continue raising funds to cover any shortfall.
Morag Williams, secretary, Merkland, Kirkmahoe, Dumfries, DG1 1SY; tel. 01387 710274.
Notes on Pictures of Plans for the Outdoor War Memorial
1) The Memorial is of Dalbeattie granite.
2) The writing on the uppermost part of the Memorial is inscribed on smooth granite but the sections below that, where we plan to put the new inscriptions, is of unpolished granite. Therefore Mr Layden will have to make new granite plates and fix them neatly on to the unpolished faces. `
3) The World War One inscription gives the dates as 1914-1919. Similarly we shall record the Second World War dates as 1939-1946.
4) The thirteen names will be inscribed symmetrically below. You will note that George Archibald Rafferty extends further than the other names. The proposal is that his name will be shortened to George A. Rafferty as space is limited. His daughter has no objections.
5) We hope to have the work done by Remembrance Sunday 2014.
6) There is also pointing to be done.
7) If you would like to speak to someone about this communication my contact details appear above. You may prefer instead to contact Connie Davidson, 22 Wellington Crescent, Kirkton, Dumfries DG1 1SP; Tel. 01387 710 587 or Gordon Bisset, Meadowpark, Kirkmahoe, Dumfries DG1 1SX; Tel. 01387 710318.

Posted by Kirkmahoe News at 12:16 No comments:

We must apologise for the fact that many of our links are not working at present. This is due to a problem with our document storage facility website. It is going to take a little time to resolve and we ask that you bear with us in the meantime.
Posted by Kirkmahoe News at 13:15 No comments:

In future you will be able to access our local magazine The Grapevine, online. You will find a link  on the front or home page of www.kirkmahoe.com to a page which will be used to store all the Grapevines from now onwards.

You can also click here The Grapevine to see the Spring 2014 edition of the magazine.

The Grapevine will continue to be printed as normal and this link can be used as a back up if you do not for whatever reason receive a copy, or you wish to look at previous copies.


Posted by Kirkmahoe News at 13:55 No comments: 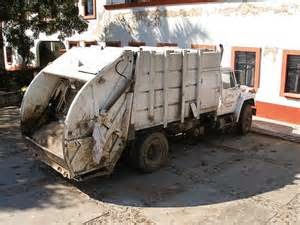 For those who have their rubbish uplifted on a Friday you will have noticed that this has not been done this week.
It seems that there was a fault with the lorry thus no collection.
On phoning the refuse people you will be told that they will pick your rubbish up next Friday and that you should leave excess waste in black bags and leave these with your bin.
If you feel that this is not good enough, you should contact the refuse people and complain....in the recent past they used to send out a smaller lorry either later on the due day or on the Saturday to make up for no pick up. However the pleasant gentleman who used to do this no longer seems to be there and we are down to answers for everything........this is known as progress.We do pay rather a lot for services through the Community Charge, and see little for our hard earned in this area. It is up to you how you might wish to follow up on this.............

Posted by Kirkmahoe News at 17:42 No comments: