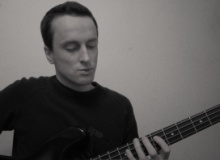 Joel Allison makes a welcome return to Kirkmahoe – this time as a band leader with his own superbly talented group. In the beautiful setting and acoustics of the Barony Church, his quartet will play a set of melodic 'chamber jazz' for a Spring afternoon.

Posted by Kirkmahoe News at 23:01 No comments:

Kirkmahoe News has negotiated an Association with Amazon.co.uk This means that if you purchase goods from Amazon using the link on our Blog, our Community will receive small amounts of commission.


There are 2 links at the top of the page which will take you directly into the Amazon site, where you can go ahead and make purchases as normal.


SO PLEASE REMEMBER TO USE OUR VERY OWN AMAZON LINK NEXT TIME YOU WANT TO BUY SOMETHING FROM AMAZON! Tell your friends about it too!


Below is a link which has nothing to do with Kirkmahoe, it is simply something absolutely beautiful to watch. Click on it and ENJOY.

Click on the button on the right hand side to enable full screen, and turn up your sound. If it is a bit hesitant, try going back to the beginning until you get good sound.

Posted by Kirkmahoe News at 13:02 No comments:

Re Matthew McAllister of Maelasta

Kirkmahoe News has received information of Matthew's latest and MOST BEAUTIFUL solo guitar album, a taster of which is below. If you have a problem accessing the Natural Studio link to order a copy try  http://www.naturalstudio.co.uk/records which should take you to Matthew's album. (product ID 10309)

You can also learn more about Matthew on
http://www.matthewmcallister.com/

The following is information direct from Matthew.

A little announcement about my latest solo album which was recently released on Natural Studio Records.

"This recording is a pairing of two works by composers whose styles would appear at first glance to be in sharp contrast. Despite two centuries separating their composition, Johann Sebastian Bach's Suite No.1 ( BWV 1007) and Leo Brouwer's Suite No.2 share distinct similarities." ...continued in the liner notes of Bach & Brouwer.

Watch a short film documenting the making of Bach & Brouwer. The film contains behind the scenes recording footage on location in the Cathedral of the Isles and an interview about the recording process and the concept behind the album.

You can listen to clips, have a look at the beautiful artwork and order a copy of Bach & Brouwer here:

I hope you are inspired to add this recording to your collection. I wanted to offer a different style of recording to audiences and a recording which contrasts the majority of releases. There are many albums that serve as large collections of shorter pieces, which although performed on guitar have no real connection to each other, this can lead to a 'bitty' listening experience. Bach & Brouwer is an album which forms a larger musical and expressive gesture which I hope encourages the listener to delve deeper into the music.

Here is a very recent review of the album:

"The classically-minded listener is in for a real treat with Matthew McAllister's "Bach & Brouwer," which cleverly juxtaposes the very well-known J.S. Bach "Suite No. 1" with a lesser-known work, "Suite No. 2" by Leo Brouwer (b. 1939). The works, though separated by centuries, share interesting similarities in structure and harmony, and seem an absolutely natural pairing. The same musical sensitivity which likely led McAllister to couple the Suites is equally present in his playing. For example, it is easy to tell that McAllister truly savors Bach's slow Sarabande -- here, as throughout the entire work, he pays careful attention not only to the notes and ornaments, but also the space in between: a consideration that is so vital to an effective and affecting performance of Baroque music, but so often forgotten. The somewhat lighter Brouwer Suite is delightfully and deftly performed, while McAllister's final selection, Brouwer's "Canción de Cuna," is a dynamic and affecting capstone to the album." © Ryan Fark

Your comments are invited
Posted by Kirkmahoe News at 11:55 1 comment:

The next meeting of Kirkmahoe Community Council will be held in Dalswinton Village Hall on Wednesday 16th February 2011, at 7.30pm

2. Minutes of the last meeting

3. Matters arising from the minutes

12. Any other competent business

13. Date and Place of next meeting


Claire Corlett
Clerk to the Committee
9th February, 2011
Posted by Kirkmahoe News at 11:47 No comments:

It is time to put together another 'Grapevine' .

If you have something to contribute - to do with an organisation, about a past event, future event or something of general local interest, please could you email it to me by Friday 25th February.

and a date for your diary -

A variety of musical entertainment will be provided by Senior Pupils from Wallace Hall Academy
(led by Kelvin Riley).

There will be refreshment (free of charge) and raffle.

All people over 60 yrs of age are welcome.

Please tell your friends who don't have email.

Jean Muir
Posted by Kirkmahoe News at 00:53 No comments: