Looking for Sponsorship for Sky Dive

Shirley Kelting is doing a Sky Dive in aid of Marie Curie Nurses.

Marie Curie Nurses give people with cancer and all terminal illnesses the choice to die at home providing patients and their families with 24hour nursing care and support.

Shirley would like to raise as much money for this excellent cause as possible.

Please help her to do this!

Posted by Kirkmahoe News at 15:53 No comments:

I don't know if you've heard but we are the current league champions, winning the league for the 2nd time (1st time was approx 25years ago).
We also won the cup and this is the 1st time we have ever done the double. This Saturday we had the Carlisle sand indoor competition. For the past 6/7 years that I have been coaching the team we have done well, getting through to the semi and quarter finals 5 times. The competition comprises 40 schools from South Scotland and all of Cumbria and for the 1st time ever we won it!

We also entered probably the youngest squad ever as we were so low on numbers and the team consisted of 1/p4 1/p5 3/p6's and 1/p7,
They were exceptionally well behaved and played out of their skins, doing our local community proud!

Snow! Send us your photos. 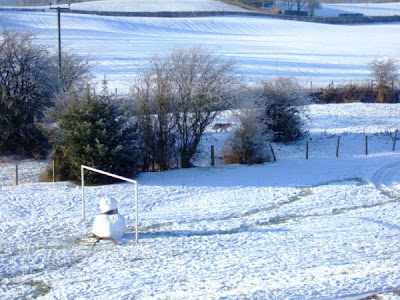 Kirkmahoe is looking like a Christmas card today.
To record this snowfall, please send your photos to kirkmahoe@googlemail.com
If you have created a snowman or any other snow sculpture we would love to see it.
(photo above is from a previous year)
Posted by Kirkmahoe News at 10:32 No comments: 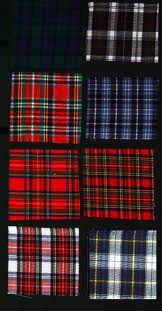 Posted by Kirkmahoe News at 08:55 No comments:

1. What the place is called
2. Where is it located
3. Any interesting information about it.

Brain Teaser 1301 is to identify the photos below. 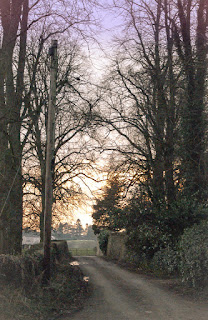 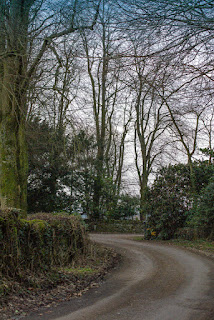 Posted by Kirkmahoe News at 10:14 No comments:

The first brainteaser resulted in accurate and interesting responses from Niamh Wallace and Morag and John Williams.  The location is Parkburn Bridge and cottages, near to Riddingwood. 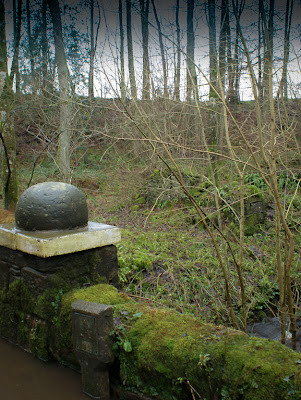 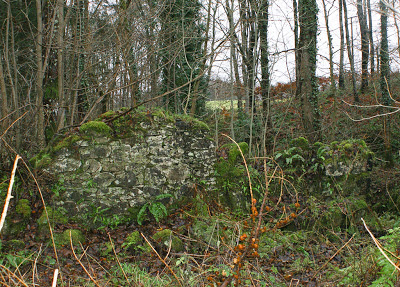 There were cottages on both sides of the burn and it is unclear which cottages were occupied by which families.  The two ruined cottages on the north side of the burn were once a joiner's shop and blacksmiths which closed in the 1870s.  There is a suggestion that the smith may have been called * Robin Thompson.

The parish boundary seems to alter its line, sometimes being in the centre of the burn and sometimes on the west side.  Apparently at one time the rooms of these cottages which faced the burn were in Tinwald parish and the others rooms in Kirkmahoe parish. The registrar needed to know in which room a baby was born in order to record the birth accurately.

Families living in one of the cottages include the Irvine and the Thornhill families before World War II and the Toppings during the war. After the war, the last occupants were the Conchies. Another house at Parkburn was owned by Agnes McGeorge, spinster, of Motherwell. It was occupied by Charles Bell an estate labourer at Amisfield Tower.

Thanks to Niamh, Morag and John for this information. ( I will keep it as the beginning of what could become a very interesting archive.  If anyone has more, please e-mail me at howdles@gmail.com. Alice Howdle)


Next Brain Teaser will be on Kirkmahoe News tomorrow. Meanwhile any further info will be most welcome. e.g does anyone have any old photographs of this site for our archives?
kirkmahoe@googlemail.com
Posted by Kirkmahoe News at 12:38 No comments:

A reminder that our first Brain Teaser (see post of 20th December 2012) will end on Monday. We have already had some very interesting answers to this and if you have any more information please email it to us on kirkmahoe@googlemail.co.uk before Monday.
Posted by Kirkmahoe News at 14:08 No comments:

A request for help from Katherine Leask 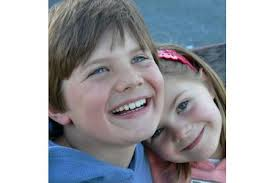 A request from Katherine Leask,
Sam Leask’s Mum, for help from the Community for their project to improve the Children's Playground in memory of Sam.


“In order to maximise our funding possibilities I would like to explore the possibility that any generous local folk might be willing to offer their skills in improving the playground facility. For example, it may certainly prove advantageous to consider incorporating a bit of drainage to the site so that the area can be used in the wetter months. Additionally it would be nice to improve access by shifting some earth and doing a bit of levelling. “ – Katherine Leask

If any-one can assist the Leask Family, please contact them either by telephone or by e-mail - leaskfamily@btinternet.com
Posted by Kirkmahoe News at 11:47 No comments:

Theft of quad bike in the area 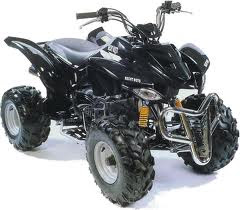 Dear All
Just to make you aware that a quad bike chained was stolen from Newmains last night. Please take necessary action to lock away all items, please also can you look out for a quad bike as it may have been dumped.
Regards
Fiona

(the picture is not of the actual bike which was stolen)
Posted by Kirkmahoe News at 12:30 No comments: 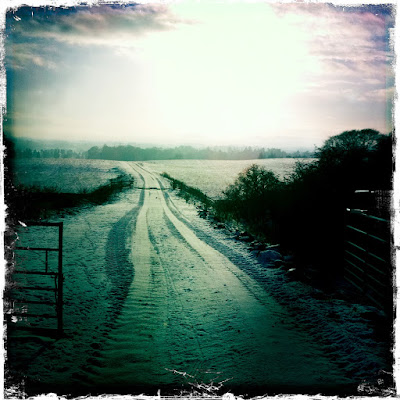 
Kirkton Church, 2.30pm.  Refreshments available.
‘Kirkmahoe Concerts gets 2013 off to a brilliant start with Edinburgh-based trio, Winter’s Journey. Many will know Malcolm MacFarlane for his work in the Scottish Guitar Quartet and here he is joined by sax and bass for a varied set of music. Not to be missed!’

The next meeting of Kirkmahoe Community Council will be held in Kirkton Village Hall on Wednesday 16th January 2013 at 7.30pm


14. Any other competent business


15. Date, time and place of next meeting


Posted by Kirkmahoe News at 14:28 No comments:

Kleeneze you can order online now

For those who use Kleeneze products, I believe that the distributor servicing this area has left.

You can now order products online using the above link. Please keep a note of the link for your reference.

The benefit to you is that your order will arrive faster.
Posted by Kirkmahoe News at 13:07 No comments: