Kirkmahoe Diary of up and coming Events

Hello Everyone
Dates for your diaries and a plea for help.
Gala Quiz Night is on Friday June 3rd at 7.30pm in Kirkton Hall –entrance £2 adults, 50p children.


Kirkmahoe Gala is on Sunday June 12th starting at 1pm in Duncow Playing Field. As usual entrance is free, but car parking is £2. Local singer Caitlin Bell will open the Gala. Additional attractions this year are a visit from Greyhound Rescue, and an obstacle course. Music will be provided by up and coming jazz musicians ‘the Scott Murphy Quartet’ and the Buccleuch and Queensberry Pipe band.


We would be grateful for donations of plants, books, bottles, baking, bric-a-brac, old crockery (for smashing) etc,
Also we need more people to help set up and clear up afterwards, and one or two extra volunteers on the stalls.
The proceeds from the Gala and Quiz night are shared between Duncow School Parents Support group, Kirkmahoe Church, Kirkton Hall and the Community Council Events Fund
If you can help with any of the above, please contact me by email or phone 710216.
Thanks
Jean Muir

* The Bluebell is a perennial herb that grows in spring from bulbs that stay in the soil over winter. The shoots emerge from early January, before trees’ leaves block a large proportion of the available sunlight. The bluebell sets seeds profusely and also multiplies by offshoots from its bulbs. As a result it can be a dominant species that carpets the woodland floor early in the spring. The drooping, blue bell shaped flowers, which give the plant its most common name, appear from April to June. Other local names, which mainly refer to the flowers, include Auld Man’s Bell, Calverkeys, Jacinth, Wilde Hyacint and Wood Bells. The flowers may be violet-blue, white or even pink on rare occasions.

Medicinal uses of the bulb include diuretic and styptic properties. Because the bulbs contain toxic substances, they were a popular source of glue for bookbinding – the toxins discouraged attack by silverfish. The toxicity may be the origin of the superstitious belief that anyone who wanders into a ring of bluebells will fall under fairy enchantment and soon after die. Other tales from a time when forests where forbidding places, people believed that bells rang out to summon fairies to their gatherings, unfortunately any human who heard a bluebell ring would soon die. However, not all the Bluebell’s folklore is quite so gloomy. Some believed that by wearing a wreath made of the flowers, the wearer would be compelled to speak only truth. Others believed that if you could turn one of the flowers inside out without tearing it, you would eventually win the one you love.

A meeting of Kirkmahoe Community Council will be held in Kirkton Village Hall on Tuesday 10 May 2011 at 7.30pm which will be followed by a meeting of the KCC Events Sub-Committee
Agenda
1. Local Development Plan – Consider the terms of a response to the Council on the Main Issues Report
2. Any other competent business.

Events Sub-Committee meeting at the conclusion of the KCC meeting 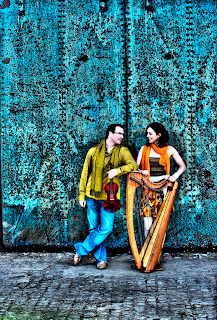 Chris Stout is a hugely dynamic and charismatic fiddle player, composer and producer from Fair Isle. His diverse background, deeply rooted in both traditional and classical styles, has brought him to collaborate with musicians across the globe. Catriona McKay is a leading player of the Celtic harp and is widely recognised for her superlative musicianship and innovative style. Fresh from international touring and the successful release of their new CD, White Nights, these world- renowned traditional musicians play fiddle and harp with a contemporary twist, high energy and telepathic rapport. Don’t miss them! This is likely to be our biggest concert of the year - booking strongly recommended!
price: £8
All tickets from:The Midsteeple, Dumfries http://www.dgarts.co.uk/events/ Thomas Tosh, Thornhill ; the venue on the day; or call David Clark on 01387 740045. In association with the Dumfries and Galloway Arts Festival –
http://www.dgartsfestival.org.uk/

Posted by Kirkmahoe News at 18:34 No comments: 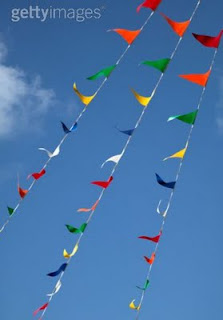 Following our successful 'Street Party' we are now counting down to Kirkmahoe Gala on Sunday June 12th at Duncow, with a Gala Quiz before it, on Friday June 3rd in Kirkton Hall - more details later.
To help pay for events we are again having a prize draw. Tickets are £1 each and there are 5 in a book.
If you could help us by selling tickets, please let me know and I will bring you some books.
This year's prizes are:-
Motor Yacht Trip from Kippford aboard Valhalla hosted by D and F Latta
2 x £25 vouchers from the Dalswinton Plant Centre
2 fishing tickets for the first week in September on the river Nith at Dalswinton
Meal for 2 at Casa Mia
1 case of 6 bottles of red wine
1 case of 6 bottles white wine
2 fishing tickets for one day on the Drum Loch Dalswinton
Two tickets for Moffat Classic Car Rally
Two Tickets for Badger Watching at Caerlaverock
And many other prizes
To be drawn at Kirkmahoe Gala on Sunday June 12th 2011