Kirkmahoe Gala and Next Event

Kirkmahoe Gala and Next Event

With Thanks to all who helped to make the Gala such a sucess.

Next Event: Barbecue at Dalswinton Hall on Saturday 28th August at 7.30pm with entertainment by the Gallovidians
Posted by Kirkmahoe News at 10:41 No comments:

Labels: Kirkmnahoe Gala and next Event

The Great Day dawned amid dark skies and rain, but all was well for the start of the Gala, the rain stopped, and the sun even put in a brief appearance during the afternoon.

Entertainment was provided by, in order of appearance, Thornhill Pipe Band, Koda, and Dumfries Town Band, who gave us excellent music in varying styles.

There was a variety of stalls, catering and adventure facilities.

Many Thanks to all who, organised, contributed, and helped to make this a Great Day out for all the family.

Here are some memories of the day. 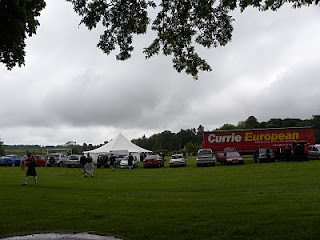 General overview of the Gala Field 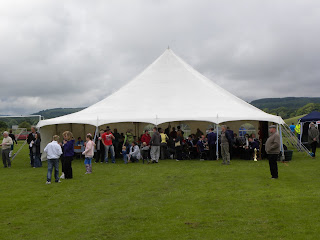 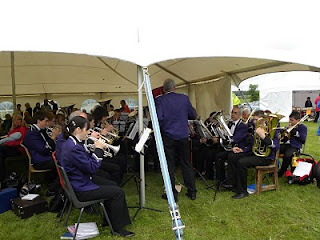 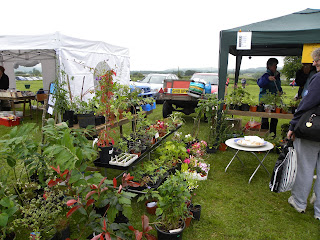 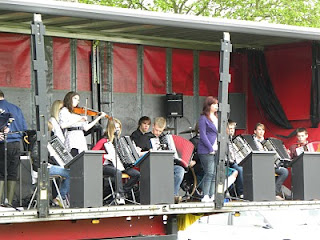 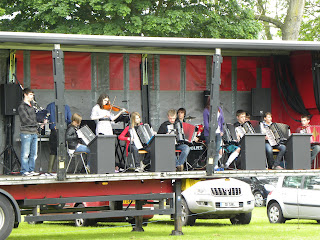 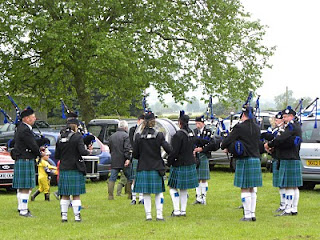 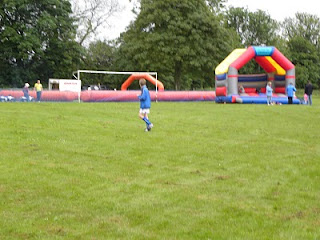 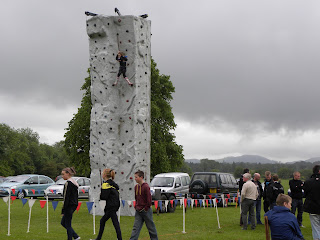 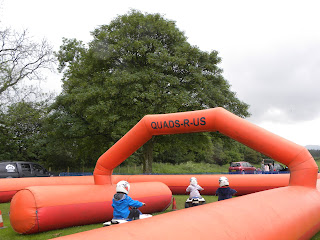 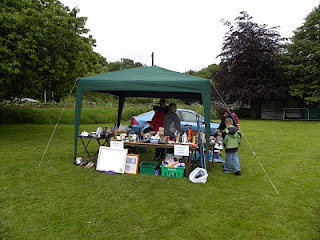 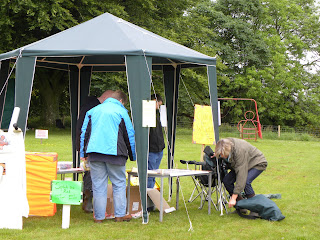 Wellie Throwing.
(If you do not wish your photo to appear on this Blog please email kirkmahoe@googlemail.com letting us know which one it is, and it will be removed)
Posted by Kirkmahoe News at 16:30 No comments:

(Due to technical difficulties with the Docstoc site it has not been possible to provide a link for these minutes.)

Minutes of the Kirkmahoe Community Council Meeting of the 19th May, in Kirkton Village Hall.
Present – Jean Muir, John Young, Hugh Johnstone, Peter Landale, Neil Munro Claire Corlett
In Attendance –Steven Herriot, Alan Johnstone, PC Graham and nine members of the public.
1 – Apologies –, Derek Ivy, Pam Taylor, Jeff Leaver, John Charteris, Lorna McGowan
2 – Update on proposals for investigation into Whitesands Flood Mitigation –
2.1 – Steven Herriot reported that the Council wrote to landowners on 25th March, asking for access to land to do surveying. On 22nd April, Council held a meeting giving landowners more information re situation.
2.2 – Jan 2009 the engineering solution for the Council’s preferred scheme of a 1.4m high embankment and small demountable barrier on the Whitesands and flood storage areas between Dalscone and Friars Carse was approved. Council cannot leave any property worse off as a result of the latter option.
2.3 – Mouchel, the Consulting Engineers are to look at data taken during survey. Environmental survey work to be done to ascertain impact of flood storage on protected species.
2.4 – Whitesands hydraulic modelling drainage to be looked at.
2.5 – Second phase or statutory phase of work, will be done at the end of 2010.
2.6 – There was a period of discussion and questions. The main points were:
• January flood was higher than the November flood. This was caused by a combination of rainfall and melting snow
• SEPA recorded the January flood as a 1/10 year flood event
• Flood warning scheme does not currently extend up to Kirkmahoe area
• Surface water drainage system from town centre needs to be looked at and improved
• Lack of consultation with and consideration to landowners.
• No consideration given to residences in Kirkton area in studies re Flood Mitigation Scheme
• Proper consultation necessary in order to progress situation
• PL, JM and JY to have a meeting with SH and AJ to show photographs and information collected.
3 – Minutes of the last meeting
Approval of the minutes was moved by PL and seconded by JY.

4 – Matters arising from the minutes –
4.1 – Re Point 7 – The Council Emergency Planning Team are taking information from other community councils. Planner, David Gurney would like to have a cascading telephone scheme in the event of future flooding.
4.2 – Re Point 11.3 – The Gala Disco will be held on Friday, 4th June and not Saturday, 5th June.
4.3 – Re Point 13.1 – Scottish Power to look at the dangerous wooden pole and will subsequently report to JY.
4.4 – Re Point 14.4 – Damage to the culvert barrier at Auchencrieff corner is to be repaired.
5 – Treasurer’s report
5.1 – Dumfries & Galloway Council Events Support. We have received £502 (a 0.4% increase) for the 2010 Gala and £250 (the same as before) for the 2011 Senior Citizens’ Social event.
5.2 – Quarterly Management Accounts up to 31st March 2010 were circulated to Council Members and some copies were available at the Meeting.
5.3 – Hall, Garden and Garage Sale held on 12 Mar 10. This event almost broke even, so that was very good.
5.4 – Insurance arranged for the Family Disco (Fri 4th June) and the KCC Gala (Sun 13th June)

6 – Councillors’ Report – No report available as Councillors not present.
7 – Police Report
7.1 - Car crashed avoiding a deer on Kirkton – Duncow road. Theft of a garden hose in Dalswinton.
7.2 –There are bogus callers in the area offering gardening services. The police recommend that the public look out for each other and if possible, get car registration numbers.
7.3 – The police want to start a “Farmwatch” system whereby all farmers in the area fill in a slip with their mobile phone numbers and send in to the police in order that a group text can be sent out if there is an upsurge in quad bike or diesel thefts. This is a quick and efficient method of contacting all concerned of any such dangers. Forms will be sent out with Gala info.
7.4 – Police with help of school children have been monitoring driving speeds in Glencaple, Collin and Kirkton. Children asked motorists own questions. Idea is to shame speeding motorists. (Article in Standard)
7.5 – JM asked police to investigate rubbish in a lay by near Broomdykes Farm.
8 – Co-option of new Committee member – Fiona Latta was co-opted as a full member of Kirkmahoe Community Council, having been proposed by JM and seconded by JY.
9 – Future Local Development Plan
9.1 – JM has edited the KCC response to the Council, which has to be submitted by 4th June. JM to amend the Carnsalloch development details.
9.2 – PL said that any new development has to include 20% low cost housing.
9.3 – KCC believes that “any further quarrying development should only be permitted if a bond has been put in place to re-instate the area affected by any proposed quarrying”.
10 – Planning Matters – none
11 – Update on Village Green Enhancement (NM)
11.1 – Scottish Power have agreed to pay for energy used at the new village green outlet.
11.2 –Painting of the new street lights to start in June. Pitch pine poles available to those who want them.
11.3 – Funding of £2000 for Village Green Enhancement available. Money can be obtained within 6 weeks. A flyer re barbecue and Village Green Enhancement to be distributed.
11.4 – Future options for Enhancement of Kirkton and public opinion on how to proceed, will be considered at KCC September meeting.
11.5 – Possibility of entering Village in Bloom competition to be given early consideration. NM to write a thank you letter. KCC to get back to them at a later date.
11.6 – NM to contact the Council to ascertain how they can assist with tubs and hanging baskets etc.
12 – Events
12.1 – Gala Disco, Friday 4th June
12.2 – Gala, Sunday 13th June – KODA to entertain; games and activities for all ages. Leaflet to be distributed.
12.3 – It would be appreciated if Jill Corlett would take photos of Gala and Disco for the Kirkmahoe Blog - http://kirkmahoenews.blogspot.com/
13 – Correspondence
13.1 – The Council has sent an invitation to attend a meeting about the Winter Service Review re snow clearing, salting etc.
13.2 – Solway Heritage had forwarded the latest criteria for the distribution of Wind Farm Funding.
13.3 – Scottish Natural Heritage magazine sent to JM. D & G mentioned at last.
14 – Any other business –
14.1 – PL attended the meeting of Nithsdale Confederation of Community Councils where D & G housing trust gave a presentation of affordable housing. The presentation gave good ideas and ways to get affordable housing. It was suggested that KCC could invite this group to one of its meetings.
14.2 – Loreburn CC and Kirkmahoe CC have conflicting ideas re the Whitesands.
14.3 – The Music Group, which is now called “Kirkcophony” is to meet on Tuesday 1st June.
The next meeting will be on Wednesday, 16th June, 2010 in Dalswinton Village Hall at 7.30 pm.
Posted by Kirkmahoe News at 10:38 No comments: