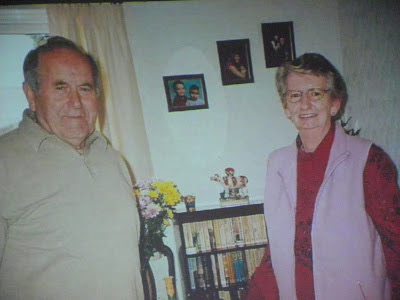 Kirkton Parish Hall Committee held a surprise 80th  birthday /appreciation party for their recently retired secretary & treasurer – Dobie Davidson.   On Saturday 26th May, 80 folk: including family, friends and local supporters gathered in the festive and decorative Kirkton Village Hall as part of the surprise – and what a surprise Dobie and his wife got! Stuart Martin compered the musical based evening and entertained everybody with his hilarious stories. The Gallovidians began the musical programme and performances from local talent including: the Howdles, the Muirs and Jean Gemmell provided wonderful entertainment to a very special evening.  The Gallovidians wrote a special polka dedicated to Dobie and his wife Connie.  Their daughter, Janette, did a “This is Your Life” – presentation incorporating pictures from long ago, which brought back wonderful memories, to young and old.  A handcrafted supper buffet was greatly appreciated by all. 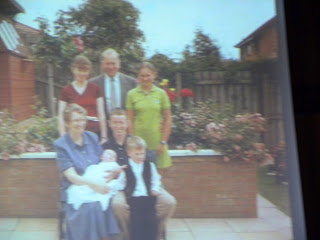 
Dobie Davidson gave 50 years of service (1962 – 2012) to Kirkmahoe Parish Hall Committee, most of that time in the capacity of both secretary and treasurer. When he first became treasurer, the hall finances were in a sorry state. He strove hard in the early years to build up funds in the bank account to earn sufficient interest to cover running costs. Dobie, for decades unfailingly set up and cleared the hall for events, painted doors, sanded and varnished the main floor many times, installed roof insulation, called in tradesmen and served unstintingly as general handyman. In 1964, his wife Connie joined him and together they have been devoted caretakers, Connie retired with Dobie. 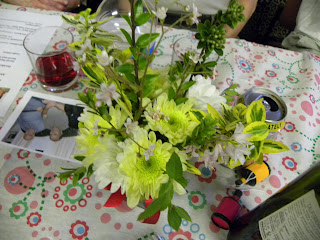 The Davidsons on many occasions spearheaded funding-raising ventures.  They held coffee mornings, whist drives, silent auctions and Burns Suppers to name a few. Their community involvement even spread out from the hall to helping improve facilities on the children's play park in Kirkton village. Dobie used his own vehicle to make purchases and he even ferried people to and from meetings and events. 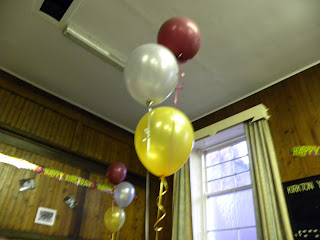 Ex-provost Ernie Gibson, a former trustee and chairman (1967-2003), described him as "self-effacing, altruistic, dedicated." He continued: "I believe that people like Dobie who willingly devote a large part of their life doing public work without material reward, often in the background, for the good of their fellows, are much more worthy of public recognition and acclaim than many of the so-called 'celebrities'."

Dobie recently was a finalist in the Nithsdale Community Achievement Awards.

A local collection for Dobie, for his services to the community, resulted in a gift of a card and a cheque, which was presented to him by senior hall trustee, Mary Harkness during the party. The successful and most memorable evening finished with music from the Gallovidians and a very sincere and heart warming vote of thanks from Morag Williams.